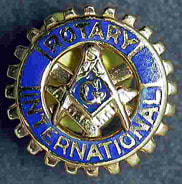 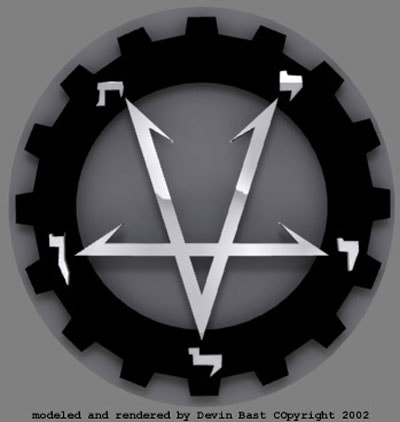 
“Whatever Rotary may mean to us, to the world it will be known by the results it achieves.”
- co-founder Paul Harris


This statement may at first sound perfectly fine - however, what it really is saying is that Rotary will be seen as one thing in the eyes of the outside world, but be quite another to its own members.

This quote also fully shows the conscious intent to achieve this ‘false’ view by others based on their outward appearance through ‘good’ works. But, as we will see, the intent and purpose of Rotary goes far beyond that, and is far less than charitable.


Not Just a Civic Club:

Many think of Rotary as simply a civic club for businessmen that meet together to discuss various topics of concern to their community. Many are not aware however that the original founders had much more in mind than just service to one's community.


Rotary was founded largely on the same principles as those of freemasonry which also seeks to achieve a favorable outward appearance through 'good' works. They believe that they too should ‘balance’ their good deeds with their bad through such endeavors as ‘charitable deeds’.

This begs the question of just how bad these 'bad deeds' might be that they are working so hard to balance out. If they're trying to look that good on the outside what might these 'secret societies' be doing in secret? This also makes masonry, and other such masonic-type groups such as Rotary, more akin to a works-based ‘religious’ cult.


These types of beliefs have more in common with such pagan ideas as ‘karma’ and the inner balance of ‘yin and yang’ than the Christian roots that these clubs often claim to have. This is however a false claim, and is really more of a tactic to assuage the fears of any new or prospective members.

The focus that such groups place on the achievement of this balance - or the 'duality' of good and evil - is often symbolized in the black and white checkerboard pattern used in much of their imagery. This is true not only of Masonry, but also of other like-minded fraternal organizations such as the F.O.P. (Fraternal Order of Police).

A further link between Rotary and Masonry is seen in early Rotary logo and lapel pin that featured a Masonic square and compass at the center of the familiar rotary cog-wheel. There was, and still is, a strong connection between the Rotary club and the Masonic lodge, both in its founding members, as well as in the general membership itself.

Many Rotarians are also concurrently Masons, and Rotary clubs serve as a fertile recruiting ground for the masonic lodge. The Masons have a saying that 'to be one, ask one' meaning that, while masons don't recruit directly they do make sure to retain a visible profile in the public eye by their membership in various civic clubs and organizations.


They also make sure to prominently display their masonic rings and lapel pins in public settings and club meetings so that you will know who they are. All that a Rotarian would then need to do is to ask his fellow Rotary Club member who is also a member of the Masons about how to join the Lodge.

This way, no member of the Lodge can ever claim that they were coerced to join, and therefore the decision rests 'squarely' upon that individual. And, when you eventually end up in the 'great lodge in the sky' - wherever that may be, but which certainly isn't heaven - then there will be no one to blame but yourself.


Just as with the Lions Club under Melvin Jones, Rotary was also started as another 'masonry without the apron', or masonry 'light'. While the Rotary logo no longer features the square and compass, it does display many features of the same basic tenets of masonry, as well as many other secret fraternal organizations.

The main goal and purpose of the world-wide Masonic organization throughout its history has been to preserve the ancient mystery religions of the occult idol worship and paganism of the past. The Bible also tells us the role of these Mystery Religions in the future:


"I saw a woman sit upon a scarlet coloured beast, full of names of blasphemy ...And upon her forehead was a name written, MYSTERY BABYLON THE GREAT, THE MOTHER OF HARLOTS AND ABOMINATIONS OF THE EARTH."  (Revelation 17:3,5)

The Bible also tells us in Ezekiel 8 that this Mystery Religion will take the form of a wicked and idolatrous worship of a false sun-god. In fact, nearly every ancient religion has at its base some type of 'sun' worship. Even the pagan ritual calendar itself revolves around the phases of the sun, especially during each Solstice and Equinox.

Sun worship can be seen in every major cult and religious practice throughout history, with the exception of true biblical Christianity. You can see that this is true in everything from Apollo, Helios, Mithras, Surya and Ra, to the many various sun cults and 'religious' iconography that still exists today in many false belief systems.

Essentially, you will either worship the true Son of God, or you will worship the other 'sun', the false light of Lucifer. It is no different with Masonry, and nor is it with Rotary. Both of these groups are simply a thinly-veiled worship of the fallen 'angel' Lucifer, the devil.


Sun worship is not the worship of the physical sun per se, but rather a solar deity or 'god' is a sky deity who represents the Sun, or an aspect of it, usually by its perceived power and strength. Solar deities and sun worship can be found throughout most of recorded history in various forms.

This 'powerful' sky deity is the worldly "...prince of the power of the air" mentioned in Ephesians 2:2; "the spirit that now worketh in the children of disobedience." These
children of disobedience - perhaps they are the ones working so hard in vain to 'balance' their evil deeds with some good and hoping it will help.


The question now, however, is what the idea of 'sun' worship has to do with Rotary. If Masonry, and its offshoots such as Rotary and Lions Clubs are basically a thinly-veiled worship of Lucifer (the 'light-bearer' - the false 'sun'), then it shouldn't be surprising to realize how much sun symbolism exists in their imagery.

Currently, the Rotary Logo features 6 spokes surrounded with a circular 'cog' and a 'key' at the center for the drive shaft. The circle and 24 golden 'rays' of the cog around the outside represent the Sun as a whole. This is nothing more than 'in-your-face' sun worship yet again.


In looking at even very early symbols for the Rotary club, you can already see the depiction of the 'sun' as a round wheel being used to evoke this idea with the spokes or 'rays' emanating from a center point within a circle.

The 'sun' is often depicted in this exact way by many pagan religions, such as with the 8-spoked Wheel of Dharma, the Buddhist wheel of life and reincarnation. I truly would hope that there are no Rotarians out there that actually believe in reincarnation, but just in case it may be helpful to ponder this verse from Hebrews 9:27 -

"...It is appointed unto men once to die, but after this the judgment."

You can see more on the Symbolism behind the Rotary Logo on the following page: